Skip to content
For this month’s installment of SRC, I was assigned Raina’s blog Connor’s Cooking. Now this doesn’t happen to me very often, infact this would be a first. Usually I’m torn between a multitude of options that I could try out for SRC and I just can’t make up my mind. However, as soon as I started looking though this blog, there was one thing I knew I had to make ASAP. There was so much yumminess listed there, but I had a surprising clarity about what I was going to make – why the oreo balls ofcourse! I’ve seen similar treats all over the place in the form of cookie pops or cake pops but just never got around to trying them out. I knew for a fact that this was the month that I would hop onto the pop bandwagon. There was just one little thing – I don’t really like Oreo all that much, but we have another company here that manufactures a packet of biscuits called ‘Pure Magic’ – these are very similar to the Oreo cookies but I think they’re much tastier. So I decided I was going to make these pops by simply switching the biscuits.

Making these couldn’t have been easier or simpler. I’m so glad I decided to make these treats. Now I’ll have a sweet treat in my arsenal that I can whip up without even breaking a sweat. I see these creeping into my Christmas goodies platters too. You might want to make a few extras. Even though they’re fairly indulgent, they’re very more-ish, it’s hard to stop at just one. I found myself reaching out for another one after a couple of minutes. With a tall glass of milk, these will disappear for sure. 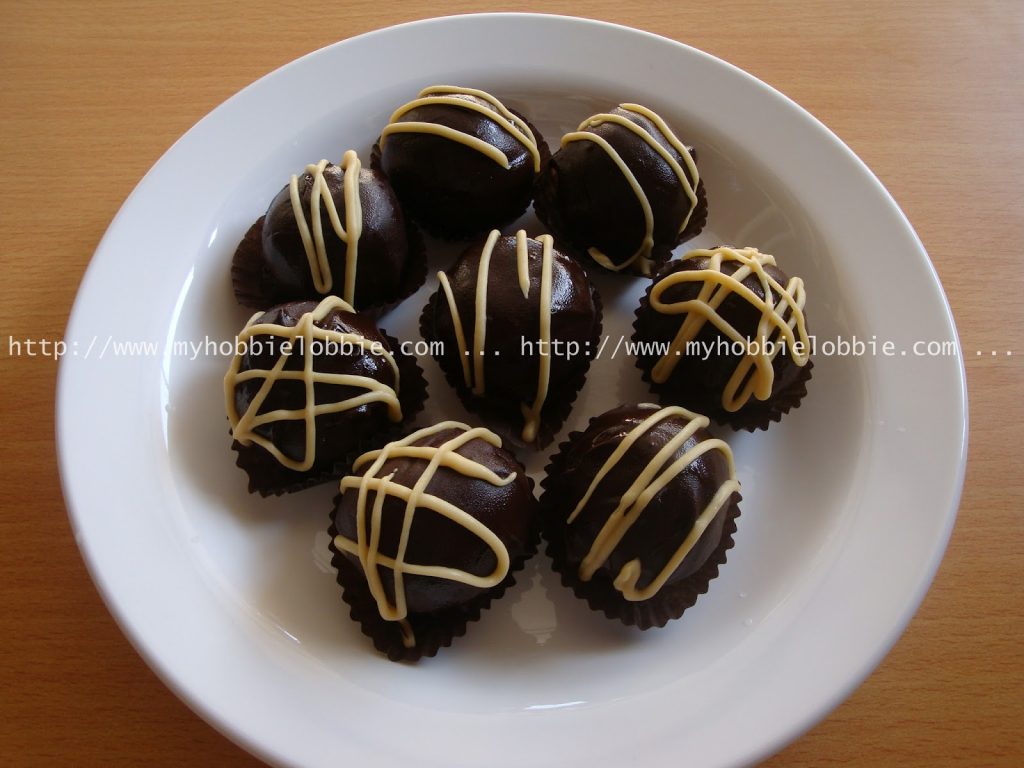 Pulse the cookies in a food processor till they reach a fine crumb stage.

Stir in the cream cheese and mix well.

Roll into balls. Refrigerate them for about an hour.

Melt some chocolate and dip these cookie balls in them, shake off the excess and leave to set.

Decorate as desired. I just used contrasting chocolate but I think sprinkles would be cute too.

Don’t forget to check out what the others in Group A have made this month. Thank you Jane Bonacci for hosting Group A month after month. You’re the best!!!